Africa’s first republic, Liberia was established in 1822 as a result of the efforts of the American Colonization Society to settle freed American slaves in West Africa. The society contended that the emigration of blacks to Africa was an answer to the problem of slavery and the incompatibility of the races. Over the course of forty years, close to 12,000 slaves voluntarily left the United States for Liberia. Originally called Monrovia, the colony became the Free and Independent Republic of Liberia in 1847. Liberia was one of the most progressive, prosperous and stable African countries until the civil war broke out in 1989. For 14 years Liberia endured one of Africa’s bloodiest civil wars ensued, claiming the lives of more than 200,000 Liberians and displacing a million others into refugee camps in neighboring countries.

At the end of the war in 2003, the United Nations and the Organization of African Unity restored peace and stability in the country. This ushered in a new and democratically elected government headed by African’s first female president Ellen Johnson-Sirleaf. 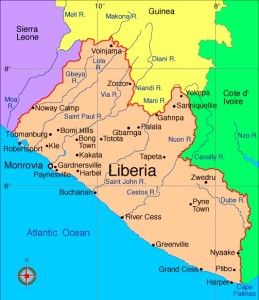 The Liberian education system was destroyed during the 14-year civil conflict and Liberia is significantly behind most other countries in the African region in nearly all education statistics. Over 500,000 children in Liberia are not in school and teachers are not properly trained teachers to provide appropriate instructions and there are no adequate books from which to learn. The education system was disrupted for so long that there is a great need for support and resources to schools across the country. The conflict left the country’s infrastructure destroyed and with 83% of its population living below the poverty line. The unemployment rate stands at 85% and the illiteracy rate at 48%.

Project Blackboard hopes to address education challenges related to access, quality of instruction, human, and financial resources. The Liberian education system is emerging from a prolonged and brutally destructive period of civil unrest which resulted in the destruction of much of the country’s trained workforce, the country is still in the process of rebuilding its educational system.